In this WordCamp, Rahul Bansal (that’s me) choose to speak about our EasyEngine project. This way me, many other rtCampers and EasyEngine attended our first WordCamp!

Below are our memories…

WordCamp was opened by Ideasmithy with “An Analog in Digital World” talk. It was really nice and set the tone for rest of the event.

The session by Karthik Magapu on GPL was very interesting. He summarized GPL like never before and gave interesting bits of history on GPL and it’s creator. Few months ago we choose GPL for EasyEngine and the process was very painful. I hope his session will help attendee choose GPL easily for their future project. 🙂

Another interesting session on Day-1 was by Brajeshwar about making theme development workflow easy. I am not able to find link to his slides but I guess this github repo has all the important stuff from his session. I was positively shocked to know that our theme development team is already following practices Brajeshwar suggested. 🙂

Last session for the day-1 was by me (Rahul Bansal). As it was my first WordCamp, I was a bit nervous. My session started with a configuration issue between my Mac and projector. It took some time and made me further nervous as you can see in following picture…

When other 3 fellas in above pic were troubleshooting the issue, Saurabh Shukla asked audience if they have heard about Nginx? Almost 80% people raised hands which made me happy and confident. Of course, everybody wish to present in front of right audience! 🙂

I guess our EasyEngine session was received well and people liked EasyEngine. Atleast it looks like from following tweets… 😉

Easyengine demo was out of the world… Just 3 minutes to install & config nginx & get wordpress live. #WCMumbai

@rahul286 the feeling's mutual.. your EasyEngine was one missing piece in my gizsaw of Webstack, it will soon power wpoets servers

If you did not attend WordCamp Mumbai, you can grab slides from following:

Day-2 was very unexpected. I thought I will get bore as my most fellow rtCampers already left for Pune previous night.

From the moment I reached venue, till the end of the day, I was constantly getting questions about EasyEngine. I spent entire day answering questions, collecting valuable feedback and suggestions from fellow WordCampers.

Two talks, I liked on Day-2 were: “WordPress as Rapid Prototyping Tool” by Amit Singh and of-course most-entertaining “No SEO”  talk by Ankur Agarwal.

A successful event, organised and managed by the closely knit team of great volunteers, led by Aditya Kane and Alexander Gounder. Their months of efforts were very visible everywhere. Neat registration process, well-followed talk timings and the variety of topics were some of the examples of this.

All I can say, we will eagerly wait for future WordCamps! 🙂 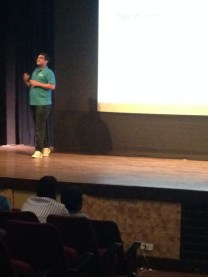 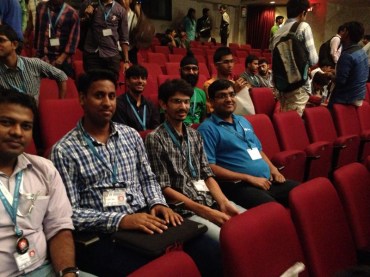 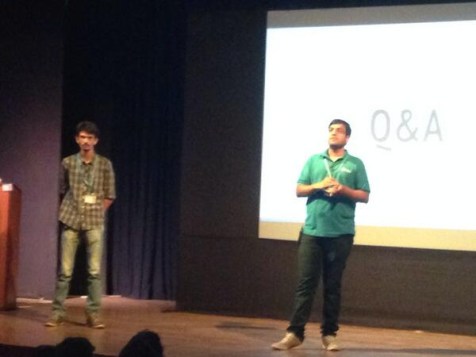