Check out the WP 4.7 release post for the full changelog.

One of the highlights of the release are the changes to the the WordPress Customizer, which was the first JS-driven WP Core feature. v4.7 brings improvements to this component with new edit shortcuts, direct page creation & custom CSS support.

After much debate, v4.7 includes REST API Content Endpoints for developers. The API opens up WordPress to mobile apps and other front end applications by making posts, terms & (limited) user data available in a standardized way.

The new default theme, Twenty Seventeen breaks a trend by focusing toward businesses instead of bloggers. You can have a look at the theme on its demo site.

This release has 482 contributors from around the world, out of which 205 were first time contributors! Our thanks and congratulations go out to all those who contributed in any way 🙂

A special shout out to rtCampers Juhi, Mangesh, Manish, Rahul, Sayed & Utkarsh who have all contributed to this release. With this, rtCampers have been listed as contributors in 12 consecutive WordPress releases.

In case you are wondering, the cake has the names of the WordPress 4.7 trac channels that rtCampers contributed to. 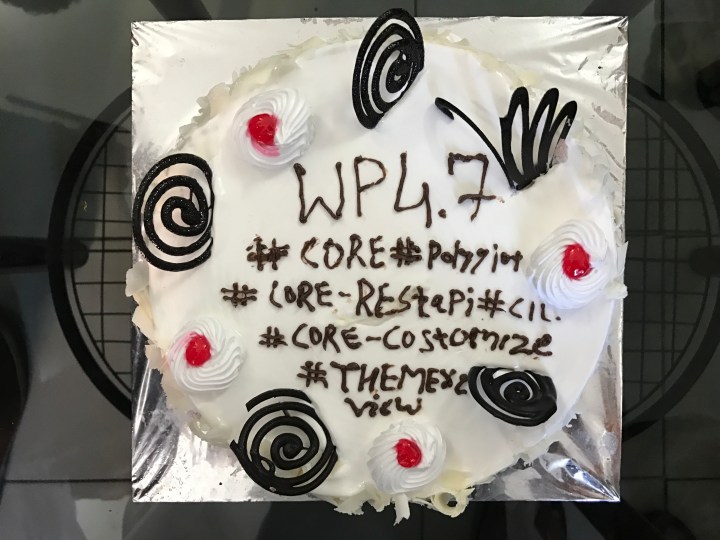 Like with WordPress 4.6, we had a Translation Sprint for WordPress 4.7 core, its release video and Twenty Seventeen:

The effort paid off, as WordPress 4.7 was released with support for Hindi, Marathi & Gujarati, among 49 other languages.