We release the newest version of BuddyPress Media, 2.6 today. This release involves a lot of code rewriting to make way for the feature, most demanded by users, Media Privacy. 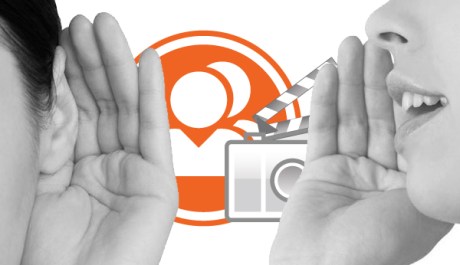 Now, users can upload media and keep it to themselves or share it with other users at different levels of access. Confirming to BuddyPress user relations, BuddyPress Media has four levels of privacy:

So, now your users can upload and share amazing moments without worrying about who’ll this be visible to. More uploads, more sharing, more activity. Your social network, just scaled a level! 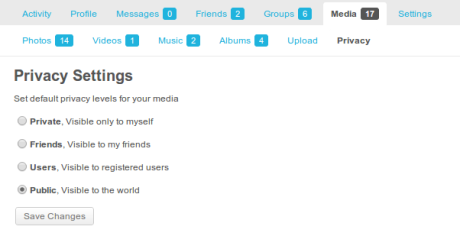 Each image, video or audio can have separate privacy levels. 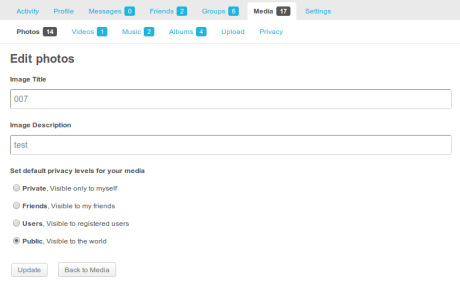 Our developers are working on the next most demanded feature: the ability to import media from outdated and unsupported media managers for BuddyPress. Work on activity form media uploader is also on full swing and these will be released soon.