About 14.5 of my colleagues recently attended WordCamp Nashik 2016. I was unable to attend the (un)conference myself, but was closely following the event on social media.

I did manage to catch the overall “mood” of the event from social media, but a Twitter stream is no replacement for the real thing. 🤔

After some brief conversations, it was clear that WCNashik was a great experience for all those who were there.

Many attendees wanted to write about this trip, but were finding it hard to get their thoughts flowing. This is where Rahul Bansal, who started his career as a blogger, came to the rescue with a simple writing exercise.

The exercise makes writing a blog post easier by breaking it up into more manageable pieces. Over an internal Slack channel, Rahul presented a set of simple questions. Rather than be a template, these basic questions were meant to stir up memories and inspire a blog post.

This prompted several blog posts that we would otherwise link to the bottom of this post. However, the “normal” way is boring.

So here is a chronicle of the trip through the experiences of 6 rtCampers.

For Chandra, Sandeep, Joel, Sanket, Rahul & Dhaval, the Nashik adventure began in the morning of the day before the WordCamp. They had the idea to cover the 200-odd kilometers from Pune to Nashik on their motorbikes. 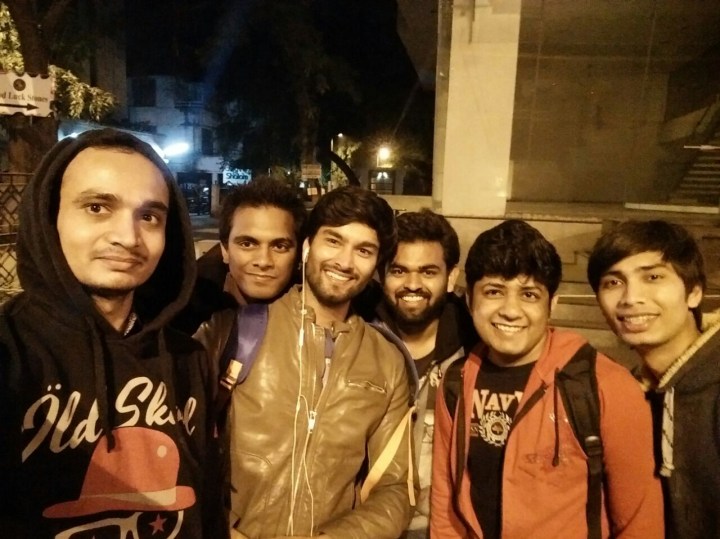 The road to Nashik is not all smooth tarmac. A slight drizzle an hour before the guys were scheduled to leave was cause for apprehension, as Joel writes in his post. This was the first visit to Nashik for many but, in Chandra’s words, it was “already decided. 🙂”. As far as the guys were concerned, the only way was ahead!

Prasad had more virtuous ideas for his trip to Nashik. As mentioned in my previous post, Nashik is famous for its many temples. Visiting one of these temples was part of his travel itinerary. After some initial problems getting hold of a bus ticket (Twitter is a powerful consumer forum!), he co-incidently found himself traveling to Nashik via Trimbakeshwar with a friend.

The choice of venue was universally commended as it was well suited to a conference type of gathering.

Vivek writes about how the venue was “absolutely perfect in terms of the arrangements and accessibility“. However, even the amazing CREW could not prevent the “dreaded projector problem” from rearing its head. This hurdle was quickly overcome, and the event proceeded as planned.

This crew (how cool is that!) pulled off a stunning WordCamp.
Also, @wcnashik success confirms how important it is to have a great venue. pic.twitter.com/uqMQj5saqs

Even from 200 kilometers away, I got the idea that the organizers placed a lot of emphasis on the WordPress community. Rahul, in his diary, writes about the “Community Bar” that did a great job with promoting WordPress meetups across India. I mean, a full-sized poster with scannable bar codes that lead you directly to meetup groups in over 15 cities? This is something that needs to be done more often!

Thanks @wcnashik for spreading a word about other #WordPress meetup groups. Very well done! 🙂👌#wcnashik pic.twitter.com/JkYN9KiE8B

And then of course, was Napuu! Placed right at the entrance of the venue ensured that my Twitter stream had a constant stream of pictures with the adorable little mascot.

A common misconception about WordCamps is that they are only for the technical crowd. WCNashik was testament to the fact that every WordCamp has a little for everyone, regardless of your background.

The sessions covered varying topics from business to marketing to UX to WordPress APIs. And there were indirect effects too! Pankaj found inspiration to start blogging again after this WordCamp. His blog post about his experience is only his second one on his new blog.

rtCamper Smita Dabir put it beautifully when she compared the blog posts to the movie “Flipped”, where the story unfolds from the perspectives of the two protagonists simultaneously. Here we have 6 versions of the same adventure!

All in all, the blogs did a great job of making me feel terrible about missing a WordCamp. They also excited me about the WordCamps to come- Pune, Udaipur & Mumbai immediately come to mind. rtCamp is a Gold sponsor of WordCamp Udaipur, and I will definitely be in the contingent that visits the “City of Lakes”. I hope to see you there!

In case you missed them, here are the blog posts featured in this post: